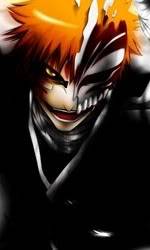 Royevans
Number of posts : 2
Location : The Restaurant at the End of the Universe
Registration date : 2007-11-04

Re: attack him please

Did he get any gold from you? If he did, and he keeps on getting some, than he on't stop untill he sees that you don't give him any anymore. Mak sure, to do some safety fights when you go on manhunts. after a fight you can't be attacked for the next 60 minutes, but players say it's usualy about 40, if the server time glitches. So, before yoyr manhunts, fight some week were, than do 2x10 minutes manhunts, fight again, do another 2x10 min. manhunts, fight again, and do the last two manhunts for ten minutes each. Than spend ALL your cash on stats, weapon, or whatever. and if you have some left, either buy healing potions, or just donate the 1-49 (cheapest potion costs 50) gold to the clan. That way the weres won't get it, and when they'll see you don't give any gold, they'll stop

Ofcourse you will still get atacked in random fights, but if they won't get gold from you, they won't come back.