so far i only have read the first part so i see ther are 4.

to the end of the first part i started to understand the flashbacks. at first i couldnt follow. things where kinda chaotic. i'll read the other parts when i got more time or even start a post with a vampire story.

Well, fights are SUPPOESED to be kinda chaotic so I guess I did good eh? XP and I suppose I can post another part so Alucard doesn't go crazier than he already is... I might also lose mah cookies also (again) so that could be a huge factor too XP

Malene never did take Riven to the Temple of Ildia like shed told the villagers. In fact, Riven sometimes wondered if that had ever been her intent. For the next ten years, Malene and Riven lived together, traveling for the most part as the priestess spread Ildias worship through out Balin.

Riven learned to ride very well before her 9th birthday and had been given a horse of her own, a white mare with bright blue eyes and a gentle temperament. Riven had fallen in love with her at first sight and dubbed her Moonrose.

Malene was in many ways a mother and teacher, not only teaching her to control her magic, but in combat arts as well, something that had surprised her. It was a bit odd, a Priestess knowing to fight as well as a warrior could (in her childs mind anyways) but Malene shrugged it off as being necessary and Riven had to admit, the skills had come in handy as it was getting more and more dangerous for travelers with the emperor and his mages of the next country, pressing upon them.

It was during one particularly nasty fight (theyd been ambushed by a gang of robbers) that Riven noticed something odd. Thetis met the eyes of one of the thieves and said something to him, too quiet for Riven to hear. The man had turned pale and had fled, the others with him, as he had been the leader.

What did you do? Riven asked, putting her ebony staff back into the sheath on her back where she carried it.

I mean, how did you get him to run off? What did you tell him?

Malene looked away and said quietly,  I simply told him who I was.

Some desperate folk dont care but I figured Id give it a shot.

Riven frowned, Malene was lying for some reason, but why? What was so secret she couldnt tell her what was happening?

Well, come on, we still have a while yet before we reach Rearwater.

She named the town that was their current destination and Riven sighed, following the other woman as she headed back up the road. It was then she noticed something glinting in the dust.

She stooped to pick it up. It was a small silver dragon attached to a leather thong. The ends had been cut by something sharp, which was odd, as neither she nor Malene had been wielding a blade. She decided it must have been stolen from earlier and had fallen out of a pocket or something.

Riven examined it as she walked, a small frown on her pale features. It was a rearing and a tiny flame sprouted from its mouth. The dragons wings were wide open as if it were in mid flight and the hole for the cord was on a spike on the dragons back.

It was pretty and Riven figured that there was no way of getting it back to its original owner. She retied the cord around her own neck and shoved the dragon under her own clothing, before swinging herself back up into Moonrose. Malene glanced back from her position on Stormwinds back.

Well? Are you coming or not?

She asked, tilting her head with a questioning look. Riven urged Moonrose forwards and Malene started Stormwind forwards again. They trotted along the dirt road but Riven didnt let her guard down.

*shrugs* they're cowardly bandits and I wanted to plant a shadow of doubt in Riven's mind about her teacher/friend. Like why bandits who outnumbered them would run away when her only magic would be healing as a priestess of Ildia...

*raises eyebrow*and was that a complaint about my mini fight scene Mr. Kitty? *insert glare of death here* does you want to wait even LONGER for the next addition?
_________________
Show me what it's like
To be the last one standing
Teach me wrong from right
And I'll show you what I can be.

hey, SESH!!! *grumbles* darn she knows now how to kill me...well back to begging 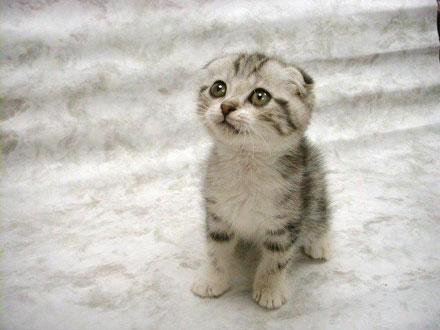 where do you get them picture's. they are cute and so little^^

You know you loves me XP

^//^ thanks, just for that, you'll get part of it, but not the fighting bit (aka, you'll get what I've writen so far)

She asked, tilting her head with a questioning look. Riven urged Moonrose forwards and Malene started Stormwind forwards again. They trotted along the dirt road but Riven didnt let her guard down.

She studied the forest edge along the road, eyes straining for any hint of the bandits that had attacked them earlier. She was still looking by the time they reached the edges of Rearwater.

The sound of music reached them first along with laughter, shouts and talking. Riven glanced at Malene with some confusion, but the other woman merely shrugged.

I guess the Traders came a little bit early this year.

She said. Riven nodded slowly and they dismounted, preferring to enter the large town on foot. Malene stopped at an inn and booked a room while Riven took care of the horses. The innkeeper also directed them to where the Traders were (Malenes prediction had been correct)

The Traders had set up camp a little ways from the town on the other side from where Riven and Malene had entered. They hadnt needed the innkeepers instructions as the sound led them right to it.

The Traders had set up their many wagons in a loose circle, providing room for people and the animals that pulled the wagons alike. Brightly colored cloth shielded the Traders wares from the slowly dying suns rays. Buyers examined the Traders wares while their vendors watched with the eyes of a hawk

Riven slapped head of an unlucky pickpocket without looking away from the sight before her.

She yelled at his retreating back before he melted into the crowd. She shook her head and continued to scan the excitement before her. A flash of color and the jingling of bells caught her attention and she watched a troupe of scantily clad dancers for a moment as they whirled and twisted with bells on their wrists, ankles and the edges of their skirts.

Riven shook her head again then looked to Malene,

Anything particular you want to buy or do you just want to head to bed?

Her words seemed to shake Malene from her thoughts.

Have fun, Ill be in the room later but I want to have a look around too.

She said before wading into the crowd herself. Riven sighed then looked around before heading to the nearest vendor to see what he had.
_________________
Show me what it's like
To be the last one standing
Teach me wrong from right
And I'll show you what I can be.

Sesh don't overwork yourself for me...I need your full AWESOME imagination! So TYT! And don't get back relaxed and with new awesome continue of the tale xD
_________________

Don't worry, I won't over work... I can barely THINK right now *is very sick* I've been throwing up since like, last night and haven't had more than a half an hour's sleep at a time. Being sick sucks...
_________________
Show me what it's like
To be the last one standing
Teach me wrong from right
And I'll show you what I can be.

It wasnt long until Riven had found a vendor selling weaponry. She looked admiringly at a set of twin swords in particular. Their handles had been wrapped in black leather in practicality and for comfort and a small chain with a tiny bead of amber dangled from the end of the hilt.

The blade itself was well made and Riven shook her head, they were beautiful but she had nowhere near the amount of money they probably cost.

Where did you get these?

She asked, looking up at the vendor. He was a burly man with dark brown hair a little on the long side that he kept in a horsetail. He smiled,

My son made them. Beautiful arent they? The balance is perfect on both of them. I was surprised he didnt want to keep them for himself.

Youre actually the first person to have commented on them to tell you the truth. Most glance then move--

He was interrupted by a yell then a scream of terror.

Riven started, trying to see what the commotion was all about. Pounding hoof beats gave her a really bad feeling and she pulled her staff from its sheath across her back.

I think you might want to start packing up.

She said to the vendor who obviously agreed as he was pulling cases out from under the covered tables. Riven looked back up to see a masked rider bearing down on her with a wicked looking battle-axe.

She went into a roll to the side and the axe met empty air where her head had been. Riven recovered her feet at once and was turning to face the rider when she was hit by a mass of people attempting to escape.

Several colorful words erupted from her mouth as more riders arrived, all of them with their faces hidden. Where was Malene?
_________________
Show me what it's like
To be the last one standing
Teach me wrong from right
And I'll show you what I can be.

LIKE ALWAYS!!! I like last words the best xD OMG Sesh! You're da best writter! xD "Several colorful words erupted from her mouth as more riders arrived..." As always a great and interesting part...and like everyone you've stopped on MOST interesting part -_- Anyway, thanks again Sesh 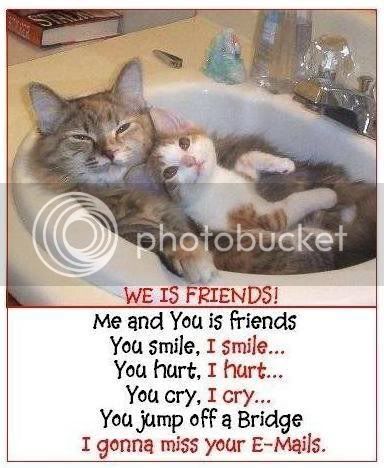